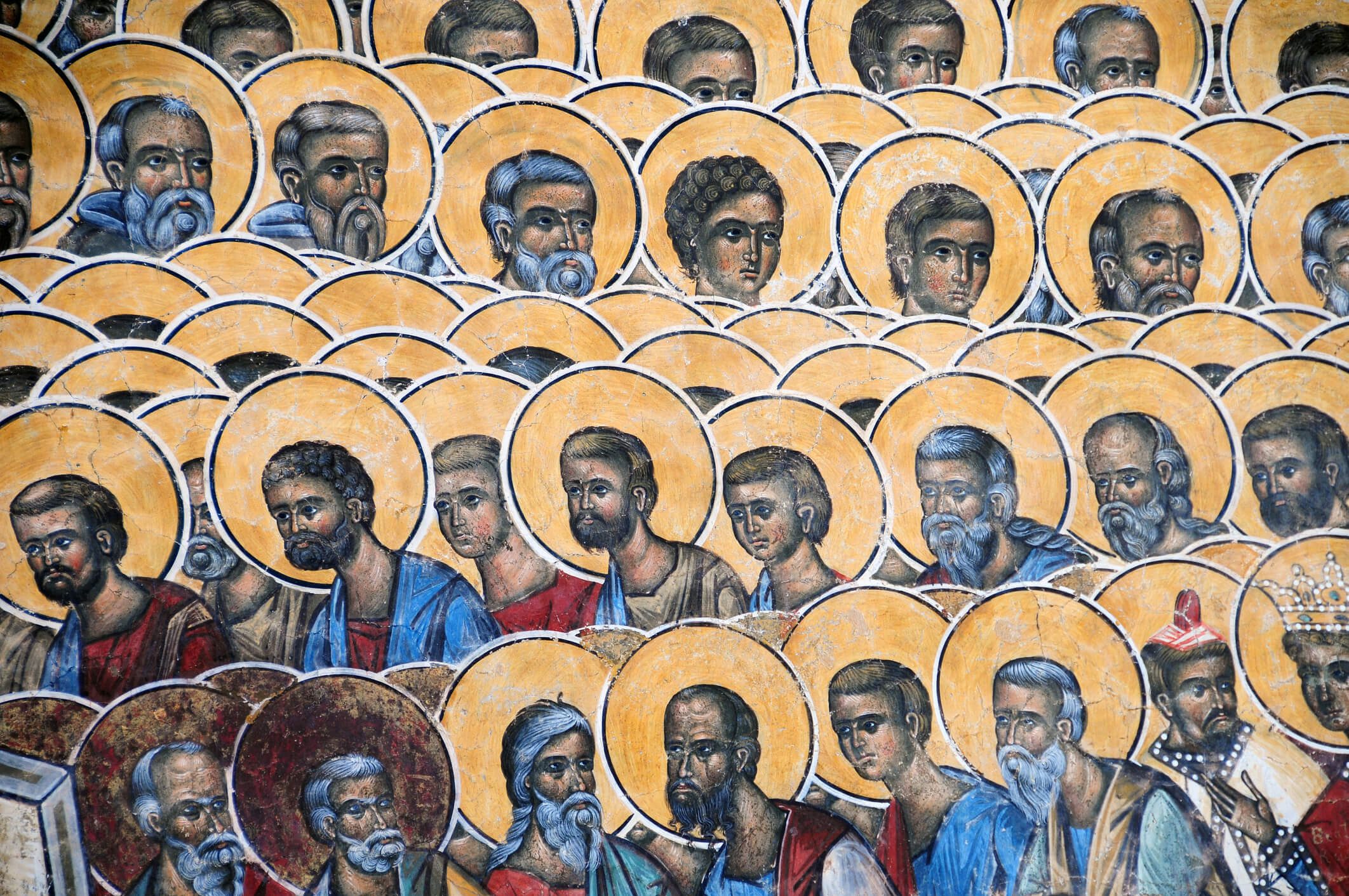 The Story, History, and Relics of St. Ann

How many girls and women bear the beautiful name of Ann know that the bones of their glorious patroness are preserved to this day in the church of the little town of Apt, in the diocese of Avignon, Department of Vaucluse, France?

The little town of 5000 inhabitants rests peacefully in the center of the valley, close to the river Calavon. Under the sanctuary of the cathedral there are two crypts, one over the other. The upper one dates back probably to the Eleventh Century, the lower one is the cavern, a veritable catacomb, where the first bishops went into hiding in times of persecution. And it is there that the body of St. Ann was originally kept.

Are the relics of St. Ann really there now, in the Church of Apt? It seems there is very little cause for any doubt. In a brief of the 30th of October 1533, Pope Clement VIII recommended to the generosity of the faithful the venerable Church of Apt in the following words: “This church where rest the relics of several saints and in particular the body of St. Ann, the Mother of the Glorious Virgin Mary.” The authorities of Rome, before publishing this brief, asked for all the documents relative to that church, and these documents must still be somewhere among the Archives of the Vatican.

How did it happen that the body of St. Ann found a resting place at Apt? The tradition of the Provence Country, backed by numerous documents, assert that the holy relics were brought to Provence by the first apostles of this country. St. Paul tells us that some of the first Christians received in confirmation the gift of prophesy. Tradition tells us also that these prophets announced the impending de struction of Jerusalem. In those days the Christians of Palestine were severely persecuted by the Jews. Many of them sought safety in exile. Marseilles in Gaul had been for a long time a port of exchange in the West and business connections between that port and Palestine were well established. It was quite natural that the friends and relatives of Christ, who were especially persecuted in their homeland, should find a new safe home in Provence. Lazarus and his sisters Martha and Mary are claimed to be the founders of the Church of Marseilles. Lazarus is recognized as its first Bishop. Mary of James and Mary Salome, close relations of the family of Christ are claimed by the Church of Apt to have come to the country. The historian, L’ Abbe Daras, has no doubt that they were nieces of St. Ann. What could be more natural than that they should bring with them the holy remains of their saintly aunt, when their own country was to be devastated by a fierce war as foretold. A “matyrology” (an account of the lives and deaths of martyrs and saints) of great antiquity, mentions this translation of the relics of St. Ann. Most probably Apt was chosen for the safekeeping of these relics on account of its position of security behind a triple chain of mountains away from the sea.

In these very early days, Apt had a Bishop whose name was Auspicius. The relics were confided to his keeping. As a great persecution was raging through the land, the holy bishop hid the holy treasure in the lower crypt of the church. This crypt is open to visitors in our time. The casket was placed behind the wall, the wall was restored and a lamp was suspended before the hiding place. Before long the barbarians came and laid low the city of Apt with fire and sword. Auspicius suffered martyrdom and those who were in his confidence disappeared one after another. Thus the relics of St. Ann remained hidden, and were lost to us for over 600 years.

In the year 792, Charlemagne, having driven the last Sarrasins out of southern France, was spending some time in the town of Apt. On Easter Sunday, Charlemagne, surrounded by his knights and the people, assisted at the solemn mass. The following account of what took place then is taken from the Pastoral Letter (1876) of the Most Reverend Dubreil, Archbishop of Avignon.

“Present at the mass was a 14 year old boy, blind, deaf and dumb from birth, the son of the Baron Caseneuve de Simiane, the host of Charlemagne. All at once as if inspired, the boy moved toward the steps of the high altar. He seemed to listen to a voice from on high and made signs that a flagstone of the floor should be lifted. Charlemagne gave orders that he should be obeyed. The stone was lifted and as they dug down they came upon the crypt of the relics. Instantaneously the boy was cured of his infirmities and he cried aloud: “It is She! It is She! They broke into the masonry and there they found the sacred relics, in a small casket of cypress wood. In this they found the sacred relics wrapped in a precious veil on which was written: “Here rests the body of the Mother of the Virgin Mary…”

All these extraordinary events were recorded in a solemn affidavit. On his own accord the emperor wrote personally to Pope Adrian I giving him a detailed account of these marvelous happenings of which he was an eyewitness. The Bolandists assert that this letter is still in existence.

It is an interesting fact that the devotion to St. Ann spread rapidly along the Rhine countries. The first place of pilgrimage was in the city of Duren near Aix-la-Chapelle, the emperor’s residence, and the name of St. Ann is found in the “Caroline Litanies” of the French saints, composed at the time of Adrian I. These litanies used to be chanted in the imperial chapel.

For a long time Apt was the national pilgrimage of St. Ann, even after the events in Brittany that resulted in a new center of cult of the saint. Anne of Austria, Queen of France, sent a numerous and brilliant deputation to the sanctuary of Apt to implore the help of St. Ann Both the Queen and the nation desired a male heir to the throne of France. Their prayers were heard and the child was the future Louis XIV. On the 16th of March, 1660, Ann of Austria went personally in pilgrimage to Apt to give thanks to the Great Saint. As a votive offering she built the “Chapelle Royale” where to this day the holy relics are preserved. Even before that Popes and kings had come as pilgrims to offer their homage to the grandmother of the Savior. Among them were Popes Urban II in 1095 and Urban V in 1365.

We, the people of St. Ann, will continue to grow deeper
in our faith, walking humbly with our God, through Christ.
Translate »